The 2016 World EAP conference was held in Chicago over 5 days, starting with two days pre-conference training on the 30 & 31 October followed by plenary sessions on the 01 st – 03 rd November. This year conference was hosted under the Theme: EAP Innovation: Soaring on the winds of change. The conference was attended by over 800 delegates all over the world with approximately 40 countries around the globe being represented. 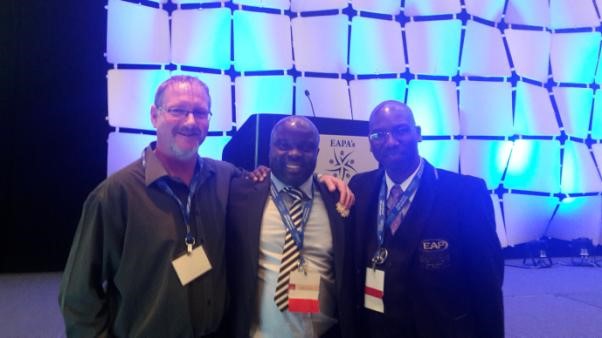 While past-President, Mr Tshifhiwa Mamaila, attended the EAPA International Board Meeting as a newly sworn in member of the EAPA International Board, EAPA-SA President Tinyiko Chabalala attended the world-class two day Pre-conference, facilitated by Claire Sutton Consulting and entitled: Elevate your EAP Skills set – Conduct an Efficient Comprehensive Assessment, demonstrating the use of an effective client self-report questionnaire guided by the therapist within an EAP setting, in order to identify problem areas which cause discomfort in the life of the client with the aim of developing a treatment action plan.

Presentation of the 2016 Inaugural Award

The newly appointed CEO of EAPA-International, Mr Greg De Lapp presented the Inaugural Award to Mr Paul Wittes of Morneau Shepell, the largest EAP provider in Canada for their active involvement in mobilising the resources and EAP services in order to assist the victims of fire who were displaced and rendered destitute in Canada.  Shepell organised offered counselling services and other EAP services to the victims for free.

Lyndon Fitzgerald Harris delivered a brilliant keynote address on the topic: Moving from Victim to Victor through the Power of Forgiveness which is a real life story based on September 9/11. Lyndon is a priest in charge of Saint Paul’s Chapel which is located directly across from the World Trade Center in New York City. His church played a key role during the 9/11 incident by coordinating the efforts of over 15, 000 volunteers to provide meals to rescue workers while on duty and continuing to offer counselling and bereavement support. Fifteen years later Lyndon was diagnosed with Post-Traumatic Disorder (PTSD) and recovered through therapy and EAP programmes.

Above all, Lyndon places emphasis on forgiving others in order to move forward, and he is currently developing a coaching programme on the journey to forgiveness. In his conclusion he cited a quote from one of our legends the late former State President, Nelson Mandela after his release from prison, “The failure to forgive is like drinking a slow poison waiting for your enemies to die.”

This session demonstrated how the EAP programmes are continuing to evolve in order to meet the growing needs and demands of clients across different countries. A comparison of :

This session was presented by R3 Continuum a specialist provider of Fitness for Duty evaluations. This session demonstrated the use of effective ways to evaluate fitness for duty for employees who proved to be violent or exhibited behaviours which raised performance concerns.  This intervention is relevant when violence is a serious concern and impacts negatively on performance by creating fear in co-workers. However, the referral to Fitness for Duty (FFD) evaluation is based on performance and not on clinical information. Therefore, the evaluation process makes use of various sets of violence screenings in order to identify prominent, foreseeable and significant violence risk factors. This intervention seeks to promote safe working environment as well as to offer behaviour modification.

During this session the presenter outlined the four things that the EAP consultant needs to know when dealing with managers of their organisation. It is key during the consultation with organisational leadership (mangers, and supervisors) to consider these four things and is based on the first core-technology of EAP:

Mastering the above can enhance the credibility of you as a trusted EAP consultant for your organisation.

This session demonstrated the impact of depression on the economy and the workplace in the United States. The costs associated with depression are very high and amount to $ 83 billion to the state.

This session was facilitated by Mark Attridge who has published several articles on Return on Investment (ROI). He has conducted global research analysis using data from various EAP vendors in various countries around the world (Australia, South Africa, Canada, China, United State and Netherlands). Companies such as Chestnut Global partners servicing several countries, Morneau Shepell in Canada, Care-ways in South Africa, Optum in the United States, and many more, participated by making data available to the study. In his approach he used a pre- and post-evaluation design in order to determine the extent to which EAP interventions influence presenteeism and absenteeism positively or negatively. Surveys were conducted to check the level of presenteeism amongst employees before using EAP services and after. Similar approaches were followed in assessing the level of absenteeism. The results demonstrated that EAP services dramatically improve presenteeism and absenteeism, therefore proving that the EAP interventions work and improve productivity in the work place.

This meeting is usually hosted annually and attended by Branch Leaders representing various Associations throughout the globe. The majority of Associations are from the US, with a few representations from countries outside the US such as China, Japan, South Africa and Nigeria. The purpose of the meeting is to share best practices, successes as well as challenges and solutions to the problems faced by the Associations. The most common challenges facing the Association are:

During this meeting EAPA-International Awards were conferred to the Branch and chapters that have made outstanding contribution to the field of EAP in their specific countries. The awards are based on nominations. The following awards were conferred: 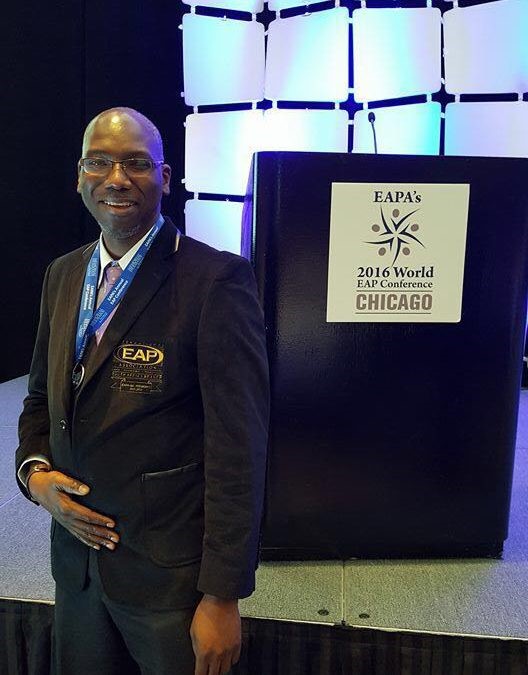 Mr Tshifhiwa Mamaila sworn in as EAPA International Board Member

The EAPA International Board of Directors met over two days sharing their annual reports including successes, challenges and suggestions for the incoming board of directors.  Highlights included:

Transformation of EAPA Inc. to be truly international 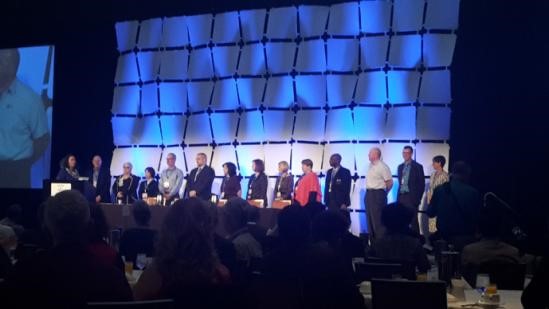 THE NEWLY ELECTED 2017-2018 EAPA-INTERNATIONAL BOARD

The out-going EAPA-International President, Lucy Henry swore in the newly elected Board members, handing over the baton to the incoming EAPA-International President, Tamara Cagney.  In her speech, the newly President placed emphasis on collaboration and partnerships with labour unions. Among the newly elected Board members, Mr Mamaila the immediate Past-president of EAPA-SA has been re-elected to serve for the second term.  EAPA-SA South Africa Branch would like to congratulate Mr Mamaila in his appointment of Board member.