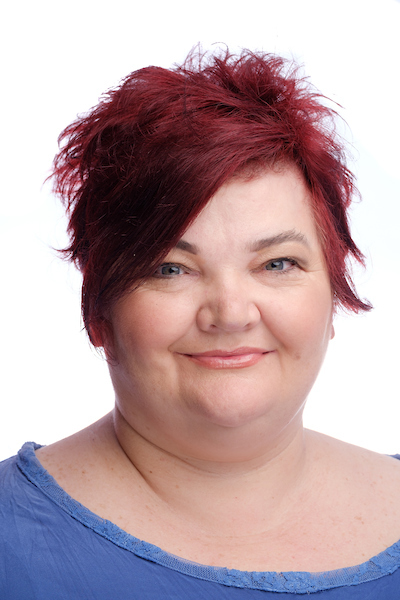 EAPA-SA’s Nelson Mandela Bay chapter was revived in 2008 after being dormant for a few years.  The chairperson from 2008 – 2010 was Mrs. Bonga Bilili-Ghyima, followed by Mrs. Bernie Roberson, who held the role of chairperson from 2010 – 2015.  The chapter then went on to win the Chapter of the year in 2013 at the EAPA-SA Annual Conference.

The current Chairperson is Mrs. Charmaine Oosthuizen who took over from Mrs. Roberson in late-2015 and who is currently fulfilling this role.

The Chapter currently has 7 paid up members, although there are between 30 – 40 active Employee Wellness Practitioners in the Port Elizabeth area who support chapter events once a quarter. It is hoped that these non-members will experience the value of being part of EAPA-SA and become members.

Port Elizabeth has only one service provider in the area, listed as Work Dynamics. Predominant sectors in the area are various manufacturers within the Motor industry, such as General Motors, Ford, VWSA, Good year, Transnet, as well as various governmental organisations.

The Chapter holds regular events with the next main event being a one day workshop on Ethics and EAP – with specific reference to Reporting, Confidentiality, Human Resource and Labour Law practices that are pertinent for Employee Assistance Practitioners.

When Mrs. Charmaine Oosthuizen took over the chairmanship of EAPA-SA’s Nelson Mandela Bay chapter at end of 2015, it was the country’s smallest chapter with only 2 members; and it was also the poorest.  Now, two years later, both the membership and bank balance has grown.  Slowly but surely the chapter is growing and attracts loyal members who are ‘here to stay’.

It is, however, the size of the chapter that makes it unique, creating a tight-knit relationship dynamic.  There is an intimacy and closeness within the core of this chapter.  Members all know each other by their first name, and most have each others’ numbers on their cell phones, which makes it a chapter where members know their community of EAP practitioners are just one phone call away for support, advice or recommending a resource.

Although Nelson Mandela Bay shares the province with Ikhala Chapter, this chapter focuses specifically in the Port Elizabeth region, so workshops and meetings are accessible to all in the Eastern Cape – there is no need to travel to East London to attend chapter meetings or vice versa.  The two chapters in the Province do aim to support each other’s initiatives where possible.

Due to the Eastern Cape being dominated by the motor industry and government organisations there is a mutual understands of these work environments when sharing best practices.  The chapters also collaborate, along with other institutions, in bringing trainings to the area to make this more cost and time effective for members and non-member colleagues. Workshop and meeting themes are based on the needs and request of the greater group.

In addition to member events in March and May which focused on The Essence of Physical Wellness and fundraising respectively, the Nelson Mandela Bay chapter held a one-day conference in June 2017 with the title:  A Relevant EAP Practitioner but Legally and Ethically Compliant.  The conference covering topics which included:  The collaboration between HR and EAP; EAP’s role in managing Absenteeism within the workplace; and EAP’s responsibilities towards HR versus employees.

EAP is often viewed as a “NICE TO HAVE” and not as a NECCESSITY.  This is an area where continuous awareness needs to be maintained in the Chapter’s existing client companies, and also aimed at non-EAP compliant companies.  There is sufficient expertise in the Nelson Mandela Bay chapter to guide and support the younger generation EAP Practitioners entering the field, and also for best practices to be shared and applied amongst more experienced members.

The Chapter liaises closely with the EAPA-SA board which is there to support and guide, and also which keep the chapter accountable and responsible towards members and non-member colleagues, and client companies.

Presented by : University of Pretoria

Presented by : University of Pretoria

THE Nelson Mandela Bay Chapter have a what’s up group.  It is advised that all EAP Practitioners contact the Chairperson to get linked to the What’s up group with the latest information and Chapter activities

The chapter dates for 2020 are still going to be communicated.

Thank you for your patience.