In accordance with the Constitution and By-laws of The Employee Assistance Professionals Association of South Africa (EAPA-SA), notice is hereby given of the intention to re-open the nomination process, on Monday 20th March 2017, for election of board members at the 2017 Annual General Meeting.

The decision was based on there being an insufficient number of nominations.

Registered members of EAPA-SA are required to nominate eligible candidates to serve in the EAPA-SA Board for a Five (5) years term of office which will officially commence in November 2018.

Nominations should be lodged by one of the following options on the attached form:

Please note that the nomination process will commence on Monday 20th March 2017and will run for a full month until 16h00 Friday 21st April 2017. No nominations will be accepted after the closing date and time. 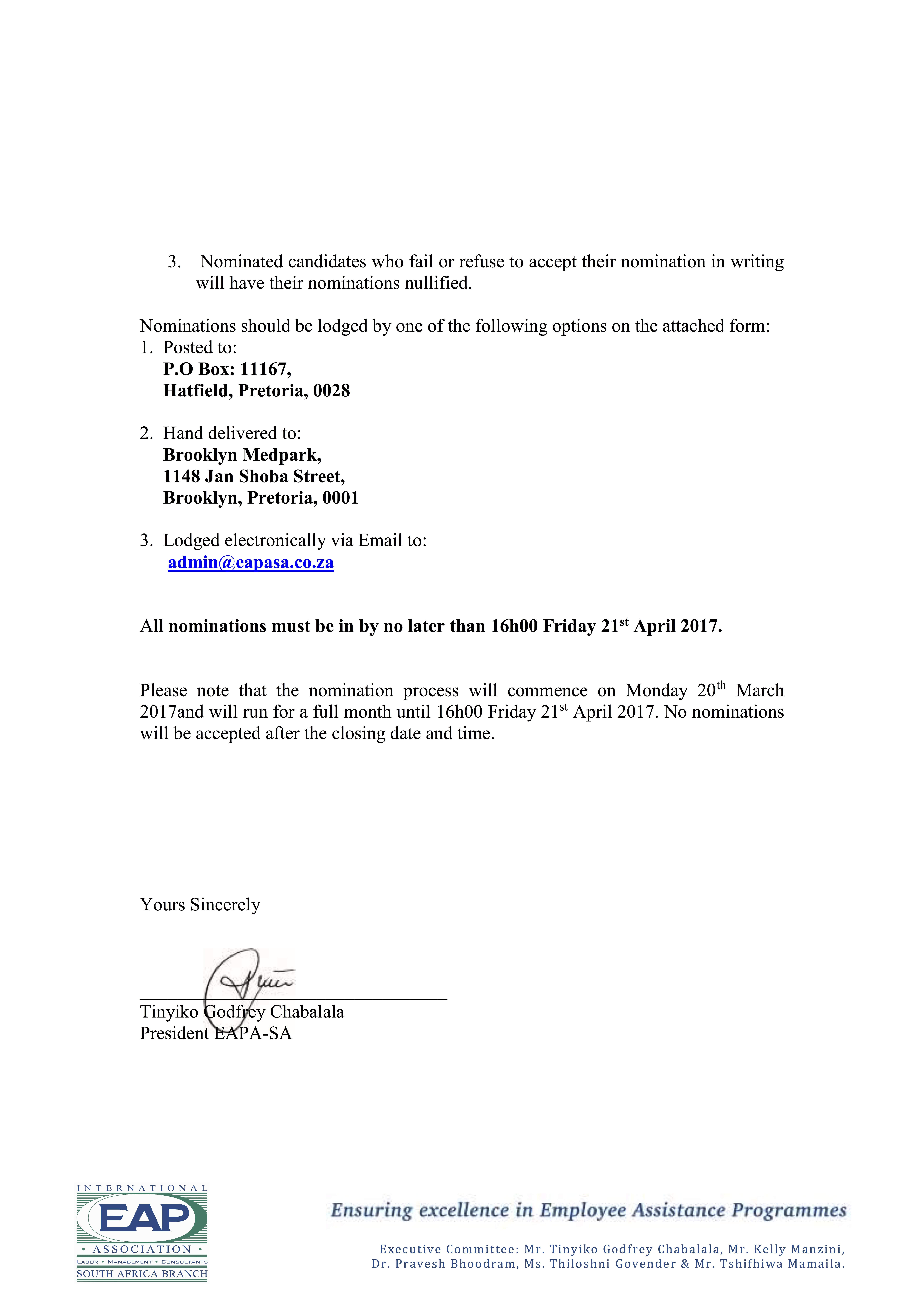