Back to Basics: Alcoholism Can Lead to Employees Having Trouble Communicating

Alcohol acts as a central nervous system depressant that slows down messages to and from the brain and body. Alcohol can affect problem solving skills, judgment, concentration, reaction times and coordination. Alcohol abuse can have negative consequences on a person’s health and well-being, both in the short and long-term, affecting an employee’s “fitness for work”.

With every drink, alcohol increases the risk of:1 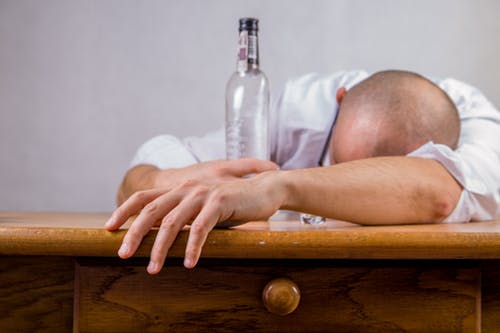 Emotions are often implicit undertones to our communication interactions, and decoding them requires substantial cognitive and social and abilities.  However, while most studies on the effects of alcoholism on the brain have focused on cognitive function, available evidence also suggests that alcoholics’ chronic lack in social interaction and communication might be caused, in part, by a diminished ability to interpret the emotional state of others and to perceive and differentiate between the emotions expressed by others. 2+3

Satisfying and successful interpersonal relationships are partly determined by the ability to accurately interpret nonverbal signals from interaction partners. Recognition of emotional facial expressions (EFEs) is a significant form of non-verbal communication, one that has a huge influence on an individual’s social-interaction skills. A study with results published in the March 2007 issue of Alcoholism: Clinical & Experimental Research found that Alcoholics tend to have impaired EFE decoding abilities. And that not only do EFE decoding deficits continue despite three months of abstinence, but those individuals with the worst deficits also had the worst prognosis for treatment success. 4

Alcoholics would benefit greatly from learning about their deficit and finding ways of compensating for this problem.

A newer study, first published in the journal Alcoholism: Clinical and Experimental Research on 10 July 2018, has found that even people who are recovering alcoholics have trouble using pitch to communicate the emotion behind their statements.  This allows for a physical reason for at least some of the communication difficulties that many people with alcoholism and their families, and even colleagues, may experience.

For the study, people in recovery and people in a control group who do not have a history of alcoholism were recorded saying a sentence.  These recordings were played for a group of listener-volunteers. The listeners had more trouble distinguishing the intended emotion in the recordings by the recovering alcoholics than those who were not.  What’s more, the voices of people with alcoholism were perceived as “less expressive,” “rougher,” and “more flat.”  This can lead to trouble communicating, since the same words can have vastly different meanings depending on the tone and pitch in which they are spoken. 5

Speech therapy could potentially help people with alcoholism who are in recovery overcome this communication issue, and just being aware of the issue, and talking about it with family, friends and colleagues could make a big difference.